Jamie Kelley 21 օր առաջ
This so funny but comes with a great message behind it. The hat didn't work for Tom because it was obvious it didn't represent who he was as a person and he was pretending it did. While when it's on Ron it stands out because it is who he is and he is comfortable with that. This has nothing to do with looks either it's about energy. In fact in the show when Tom actually does get the ladies it's when he is most comfortable being himself and owning who he is. When he struggles is when he is overtly trying to impress them. Great message Parks and Rec!!!!

Jordan S 25 օր առաջ
Far too many good looking women to be walking around Pawnee, IN City Hall

Stewart Perry 27 օր առաջ
The best part is that the woman who hits on Ron got hit on by Tom twice.

Isabella Sopo 28 օր առաջ
Nobody Absolutely nobody Literally never anybody nobody *Hi I’m Tom I have a raccoon on my head* How could he ever think that would work???

Lyla Alban Ամիս առաջ
"I have a raccoon hat i'm an interesting person!!"

dorsal 2008 Ամիս առաջ
I need to work in that building!

kingofthehamsters Ամիս առաջ
Those ladies didn't look like teenagers. I'm not certain, but from what I've observed most actual women don't go for effeminate men. Ron is the polar opposite of effeminate.

Emma Ray Ամիս առաջ
This is the most hilariously pathetic pick up attempt I’ve ever seen!!!🤣😂

Michael Huynh Ամիս առաջ
WTF was Tom thinking when he put on that hat!?

Donut Dude Ամիս առաջ
Tom was the "pervy Indian" stereotype before it became an internet meme.

Ender Wiggins Ամիս առաջ
Oof while the scene is funny bcz of how the hat does nothing for Tom, it’s still a not so fun reminder that women have to deal with strangers reducing them to their gender at work, when they should be able to focus on ya know work

Ender Wiggins Ամիս առաջ
Also in case anyone wonders why that’s different from the lady hitting on Ron in the end: 1) In general in a work place men don’t have to worry about (in general!) being assaulted by women if they resist romantic / sexual overtures so they can feel more relaxed about receiving those overtures. 2) Tom was clearly making those women uncomfortable by ambushing them in the hallways with a weird pickup line as they were in the middle of doing other stuff. Ron didn’t seem uncomfortable by the overture but rather used it in a smug way against Tom, again bcz he felt unthreatened by the advances. 3) Im not saying you can’t have office romances (that’s for HR to decide lol). But there’s a difference between getting to know someone in a non threatening way and developing a relationship, and “Animal on the head, manimal in the bed”

Kutter_TTL Ամիս առաջ
The hallway door has always been there. The people he interacts with the most are in the Parks and Rec office so, logically, we see the office facing door being used more often.

Coach RD Ամիս առաջ
Tom is like a character from a book I wouldn't read, but I would watch the movie of.

courgargold Ամիս առաջ
The hat only displays to females that I can provide food and warmth. My mustache and musk signal that I am virile.

Mimi Rose Ամիս առաջ
Well Ron has what we like to call B.D.E., if you know you know 🤷‍♀️

Chef Banjo Ամիս առաջ
Tom is the rare character where it’s equally fun to watch him get crapped on as it is to watch him succeed.

Declan Roberts 11 օր առաջ
@Joe Elk Meat Rogan He's not Indian he's from the US. And besides that's the stupidist thing I've ever read in my life.

Joseph Barnes Ամիս առաջ
@Joe Elk Meat Rogan He didn't say anything racial at all, much less describe a stereotype that could be associated with a race. He just said that its not often that you enjoy watching someone just as much when they succeed as when they struggle. If you were going to read anything into his comment the logical conclusion would be "the dude has charisma." Anybody can have that, but it's hard to find so we pay a little more attention when we stumble across people that do.

Enycma Pie Ամիս առաջ
Because Ron hunted the racoon himself and made it into a hat, the hat only have an effect when Ron wears it.

Davis Phillips Ամիս առաջ
“I have a raccoon hat. I’m an interesting person.” Love it

Oishii Kudasai Ամիս առաջ
Are you a raccoon? Cause you have a feisty personality. ;)

Emma Ray Ամիս առաջ
Ahh, I was just being funny but thanks for that info

Schaden Freude Ամիս առաջ
@Emma Ray funny. No, he's the illegitimate son of Randy Cuningham. First American Ace of the Vietnam conflict, Co-founder of the Top Gun school, and congressmen. Later to be indicted for bribery, from a weapons contractor. Also, a lady's man.

Dave Hollis Ամիս առաջ
Its not the hat Tom, Its because he is Ron "Mother F@%^&*#" Swanson!

Marshall Skull Ամիս առաջ
Every Hindu men has to go through

Handsome Jack Ամիս առաջ
It's easy to pull it off, don't be Aziz Ansari

Liam Jacques Ամիս առաջ
You need to give off a frontier gentlemen instead of trying to hit on someone, just treat it like any other hat and let your confidence do the talking like Ron

Jade Nguyen Ամիս առաջ
Animal hats only work if you look like you could actually have hunted that animal.

Thor Odin son 7 օր առաջ
I wear a coyote hat. I killed it. It was eating my chickens. I used a tomahawk not a gun.

Jade Nguyen Ամիս առաջ
@spartan1010101 your method isn’t as easy as it it sounds unless they’re asleep. Raccoons are known to bite and scratch people, and they can run away pretty fast.

spartan1010101 Ամիս առաջ
Lol you say that like you can't just go out to a dumpster and club one. They're trash pandas, not exactly the most difficult game in an urban environment.

Jade Nguyen Ամիս առաջ
Ron in the hat: *I am aware if the affect I have on women.*

Oishii Kudasai Ամիս առաջ
Hey, I'm a miner. And I found you out of all the gemstones.

Son Ukog Ամիս առաջ
Ron smile is something to die for

JD Williams Ամիս առաջ
"Animal on the head, manimal in the bed."

Débora Newlands Ամիս առաջ
"I have a raccoon hat, I'm an interesting person!"

Tony G. Ամիս առաջ
I am glad to be apart of this count that is going on.

Wahoo_Man35 Ամիս առաջ
"You mind I rock that bad larry on my dome?" I'm going to say this to the next person I think has a cool hat.

Oliver Pitchenik Ամիս առաջ
wow you are wearing a beautiful dead animal on your head!

Brett Felton Ամիս առաջ
Everyone of you here watching this video is going to die at some point and each of you will answer to God for every idle word spoken, deed done by your hands and the motivation behind it. Now, the evidence for this is that even if you say you don't believe me, your conscience bears witness that I speak the truth and you know there is a creator to whom you will answer to one day. Are you ready? Your "good actions" you rely on are detestable to God, lest you try to negotiate your way into Heaven. Seek Christ while you still can, only He can forgive your sins. Repent and be born again. I say this without judgement and in absolute love when I tell you that Jesus is the light of the world, in Him there is no darkness...

SomeBaconOnTheSide Ամիս առաջ
I appreciate the sentiment, but why did you choose to put it here?

Just Some Guy without a Mustache Ամիս առաջ
It's because Ron has a respectable mustache, that he gets all the ladies. Not the hat.

Marzuqi Rosdi Ամիս առաջ
why i see u even in here bro. are you like my shadow or something? always near me but not on me...

SomeBaconOnTheSide Ամիս առաջ
“Mind if I rock that bad Larry on my dome?” - Tom Haverford

Alex Villarreal Ամիս առաջ
"I'm Tom, I have a raccoon on my head" lol priceless 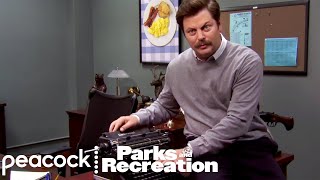 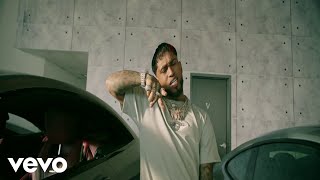 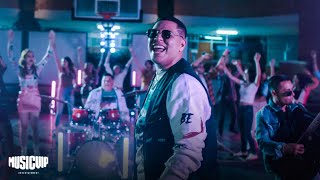 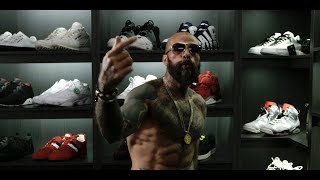 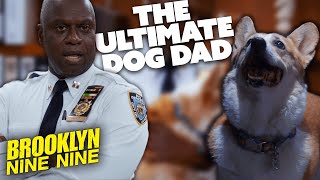